There are plain, simple truths that make us ‘ha!‘ each time we learn something new about an object, (a group of) people, or place. And then there are unadulterated lies mixed with bias and a sprinkle of prejudice. Arguably, Thai people are often victims of them—either for entertainment or to distort a narrative.

Lies, when uncontrolled, often lead to false information. It is how others believe in something against a race or culture before even going to that country. That is toxic, no doubt. And, that is a bad thing, especially if you’re in an interethnic relationship with a Thai single.

To be in an interracial relationship with a Thai local, you have to unlearn everything about your date’s race or culture and rediscover it by getting to know them yourself. It’s also essential to identify the lies you may have helped spread. To start with, here are the seven common lies others have been telling about Thai people:

Lie #1: All Thai food is spicy

Like with many other things in life, food is not binary. Traditional Thai dishes like Pad Thai or Kaeng Tai Pla Kani are intrinsically hot. But this doesn’t mean that all Thai food is spicy—in the same way as not all Russians eat caviar or not all Latinos eat arepa.

Many Thai cuisines offer food selection with higher spiciness levels than most gastronomy in other countries. So, avoid them when you have a low tolerance to spicy foods, especially when visiting the country—it tends to be way hotter there.

Thai people aren’t your average submissive partner that gives in to everything you say. So, no, they’re not conventional nor traditional. They do not simply go with the flow or comply when asked.

Women in Thailand are strong, quick-witted, and assertive. They are respectful, diligent, and faithful, but they are fearless when it comes to handling life’s hardships.

While the world likes to think they’re widely traditional or reserved because of Asian’s general adherence to custom, it isn’t exactly the case for Thai people. Thai people are not the backward region of the world—they’re pretty progressive. They do and say whatever they want and feel, just like any other person elsewhere.

As a Western single, you might be shocked by how popular you’ll suddenly become when you go to Thailand. Thai people, in general, have an unusual affinity for a foreigner—white people particularly.

Many Thai locals think that one’s life progresses when one ends up with a foreigner. They believe it because they see it happen to their friends, family, or acquaintances. It also goes true for other third-world countries.

However, this doesn’t mean you got more attractive overnight. It also doesn’t automatically suggest that everyone prefers foreigners to locals. Everyone has unique tastes, after all.

Lie #4: Thailand is a dangerous country

Generally, Thailand is a safe country for travelers. It’s even rated the least dangerous country in Southeast Asia for travelers. Sure, there are few social unrests and violence in other parts of the country, but crimes in touristy places are rare.

However, if you go out in the streets in the wee hours of the night, bad stuff might happen to you. Remember that safety comes with vigilance and caution as well. If you wish to go outside your hotel room, be with a local or your tourist guide. Or, if your purpose for going out at three or four in the morning isn’t that urgent, better wait for daylight.

Lie #5: Ladyboys pretend to be normal girls to trick foreigners

First thing’s first: that’s absurd! It rarely ever happens. Perhaps, you’ve seen it in movies or heard your uncle experienced it while traveling to Thailand. But, these things aren’t that common. Someone you knew must be the rare exception.

No sane modern Thai ladyboy would trick someone into dating them without telling the truth. Many ladyboys today are straight-up about their gender. In fact, they prefer to date someone that genuinely accepts them.

True—there are many ladyboys that look like women (because they are!), perhaps prettier than women. But they don’t go about pretending to be someone they’re not to trick a foreign guy. They’d inarguably prefer honesty and sincerity over a side fling, any time of the day.

Lie #4: Thai women will sleep with you for a reasonable price

No! Thai women are better than that.

It is true that some tourists come for cheap sex in Thailand, and sex workers give them what they want for money. But, it’s absurd to think that all Thai women are there to cater to foreign men.

Thai women come from different walks of life, holding various ranks in all sectors of society. Not all Thai women are sex workers. And, no, not everyone wants to sleep with you even when you’re the richest person on earth.

Lie #7: Thailand is a ‘brothel country’

Thailand is a beautiful country with plenty of sights to see, places to visit, food to eat, and people to meet. While illegal prostitution is also a cancer in the country, this doesn’t mean it’s already a brothel country.

According to the Thai Ministry of Public Health and NGOs, more than 120,000 locals actively work in the sex industry. This is despite being prostitution and sex trafficking illegal in Thailand.

Again, the data doesn’t imply that Thailand is a brothel country. It isn’t even enough for them to gain the infamous title. Prostitution isn’t uncommon in any other part of the world: it happens everywhere.

Additionally, there is still more to experience in Thailand than the steamy part of the travel.

The country’s luxury shopping malls, skyscrapers, beaches, and mountainscapes are also worth the hype. Before talking about how cheap or easy you enjoyed a night’s fun, be sure you also share how much you enjoyed your sports adventures. Or, how your trip to Chiang Mai has been a welcome retreat.

While listening to stereotypes is more convenient when getting to know someone or a nation’s culture, it’s always better to understand a narrative based on how you saw it. Whether you’re in an interethnic relationship or not, always give someone the benefit of the doubt. Take someone with a pinch of salt, and do not judge them (or let them know of your biases) before getting the chance to know them personally. 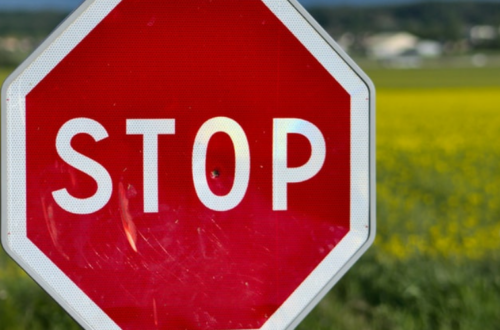 Red Flags You Shouldn’t Neglect in Your Relationship