Thai dating is an exciting prospect to dive into, especially if you’re interested in getting to know various unique personalities and cultures. Nowadays, various dating sites in Thailand make it easy to find prospective partners; but these sites don’t really reduce the difficulty of keeping you and your future partner happy together.

Fortunately, there are many things you can do to maintain a steady and satisfying relationship. Some have even considered learning how to speak Thai. However, others don’t see that point of learning a new language, mainly due to the struggles one may encounter.

Is it worth it to learn more about the Thai language for a better dating life? Read on to find the answer to that question.

For a more successful Thai dating experience, there’s a factor that some people tend to neglect. You should also focus on how you’re going to be perceived by your potential partner, may it be in real life or online. If you have a set of standards for dating, you should also be able to fulfill it.

Visual appearance is one of the first things that people consider when meeting someone new. One’s overall appeal includes not only one’s clothing and features, but also their nonverbal language. Someone who confidently presents themselves is bound to be more appealing than someone who feels withdrawn.

If you’re looking for a significant other on Thailand dating sites, there’s an added pressure to make your appearance better. Unlike physical interactions, you won’t have a chance to improve your first impression by showing your personality and wit. Therefore, you should make your best traits shine on your display profile.

It can feel like you’ve succeeded once you find someone with mutual interests. However, you’re still not in the clear. Your future interactions will test your chemistry with each other and serve as a sign of how your relationship will proceed. Fortunately, if you’re able to communicate effectively with your partner, you’ll be able to clear any hurdle that your relationship might face.

Communication in Thai relationships comes in many forms.

Thai culture mainly relies on nonverbal cues when it comes to communication. The concept of saving face is essential, so speaking up isn’t common in many circles. If you’re someone who prefers airing things out when interacting with people, then you might have difficulty with your social life in Thailand. Learn to read social cues and practice your observation skills to improve Thai society’s perception of you and become more appealing.

The reliance on nonverbal cues raises the question of whether verbal communication is still crucial in Thai dating, especially if you’re a foreigner. If you don’t know a single thing about speaking Thai, you might find yourself in a bind. While English is a secondary language in Thailand, only a few people are proficient in it. Business and tourist hubs are more likely to have many English speakers compared to other areas. The difference in speaking intonations and syntax is difficult to overcome for native Thai speakers, so most don’t bother learning English anymore. The most that they would know is from their school curriculums.

If you’re a person of few words, this might not be a problem for you and your partner. However, it will limit you in many ways as you continue living in Thailand. At this point, some may start to consider the importance of learning to speak Thai and its significance for a fulfilling dating life.

Learning Thai is not vital if you’re looking for casual relationships.

In Thai dating, you will rarely find a Thai woman willing to take the first step. Society discourages them from approaching someone they like. That means that both Thai and foreign men are expected to be more proactive in the dating scene.

If you’re a woman, you won’t need to learn to speak Thai to attract Thai men. Instead, you can focus on increasing your attractiveness and making your person of interest notice you. The relationships that you do make in this situation tend to be on the casual side.

Men, meanwhile, have more free rein when it comes to choosing their partners. If you know enough about Thai culture, you won’t have any problem getting along with anyone in the Thai dating scene. The language barrier won’t be an issue, as long as you’re skilled in reading your partner’s nonverbal cues.

For foreign men and women, having poor Thai speaking skills increases the chances of being treated as a gik. Gik is a term Thais use to refer to their mistress or lover. If you’re looking for a no strings attached relationship, then this won’t be an issue. Otherwise, you might want to learn how to speak Thai if you’re pursuing something more.

If you speak Thai, you will be able to meet more people.

As mentioned earlier, the majority of Thailand’s population aren’t experts in spoken and written English. If you’re skilled at speaking Thai, at least, you’ll find that your dating choices will expand considerably. You’ll be able to get to know more people, increasing your chances of finding someone whose personality matches yours.

Besides, Thai people are more interested in foreigners who know how to speak Thai. They’ll see more of your personality not only through your appearance and how you carry yourself but also through how you talk. If you have a witty and light-hearted personality, you’ll be able to express that part of yourself to Thai people more easily.

Speaking Thai can help you communicate with your partner better.

Despite what some may think, verbal communication remains one of the best ways to resolve disagreements. Each person’s thought process is unique, and if they’re able to express that verbally, they’ll be able to help their partner better understand them.

You should keep in mind that you should always resolve disagreements in private, away from society’s eyes. If you try to settle things in public, you run the risk of embarrassing both you and your partner in front of many people. In some cases, the humiliation will lead to your partner breaking up with you.

Of course, while speaking Thai plays a significant part in conflict resolution, it isn’t the only thing you should consider. You and your partner should also be emotionally open to discussing the relationship and its problems. Direct conversation is especially important in Thai dating, as their culture of saving face tends to make them closed off emotionally.

It can come to the point that they’re not used to considering their feelings and wants. It can lead to them being unable to express what they feel, even if you’re both able to speak with each other in Thai. If that happens, the best you can do is be patient and encouraging with your partner when it comes to opening up emotionally.

With better communication comes a deeper relationship with your partner.

If you and your partner can overcome the verbal and emotional challenge that comes in the relationship, you’ll end up having a deeper relationship with them. Since you better understand each other, you’ll also become more connected. Instead of being treated as a gik, your partner will consider you a faen, the Thai term for a boyfriend or girlfriend.

Being treated as a faen is a big step towards marriage. Once you’re at that point in the relationship, you can expect your partner to introduce you to their family. Impressing your partner’s family and gaining their approval is another big hurdle to overcome. Fortunately, it’s easier to handle if you know how to speak Thai.

You can get along better with your partner’s family.

If you’re proficient in speaking Thai, that’s a point in your favor. Thai families will see you in a more positive light due to many reasons. Your commitment to learning their language proves that you’re serious about your partner. Also, you’ll be able to better understand and adhere to their family rules.

The more natural way of communication will allow you and your partner’s family to get to know each other with no trouble. Thai families are known to be close-knit, serving as each other’s emotional support systems. As you get closer to your partner’s family, you’ll also be able to rely on them during times of stress.

As much as you try to learn more about Thai culture by reading and researching it, nothing beats experiencing it for yourself. If you speak Thai, you’ll be able to immerse yourself in their culture better and understand it more.

The Thai language itself already has a lot of cultural ideas for you to learn. Specific Thai phrases carry a certain meaning, one that sometimes gets lost in translation to English. You can see this from the concept of faen and gik to the idea of mai pen rai.

While mai pen rai loosely translates to “it’s alright” or “no problem,” it also has the idea of taking it easy in life. You can see this idea reflected in Thais’ relaxed attitude and their air of having no worries. However, this also carries the belief of Thais when it comes to saving face. Instead of prioritizing their wants, they tend to focus on keeping someone from being embarrassed. Thus, they often say that things are alright, even though, in actuality, it isn’t.

Besides those mentioned above, there is still a lot more to learn about the Thai language. Fortunately, becoming proficient in speaking Thai need not be difficult, as long as you know what to do.

Learning to speak Thai can be done in many ways.

While learning how to speak Thai, you don’t need to study it alone. You can develop your speaking skills gradually by asking your Thai partner to help you. Start with the basic Thai phrases, such as the common questions and replies. Once you’ve built a good foundation, you can then dive into the more difficult vocabulary.

If you like, you can also begin learning about written language. Learning the Thai alphabet can be a more difficult task to manage, especially if you’re used to English letters. However, there’s nothing a bit of elbow grease, and dedicated effort can’t handle.

The most important thing to keep in mind is that you should always find opportunities for practical application. It’s the best way to hone your skills and learn more about the intricacies of the Thai language. Once you develop this learning habit, the day that you speak Thai like a native speaker will come sooner than you think.

Speaking Thai has many benefits, not only for your dating life but also for your quality of living in Thailand. It’s now a skill that’s easier than ever to pick up, thanks to the abundant resources and applications available online.

However, you don’t need to force yourself if you don’t want to learn how to speak Thai, especially if you’re alright with having casual and light-hearted relationships. It’s what you’re willing and comfortable to do that matters. 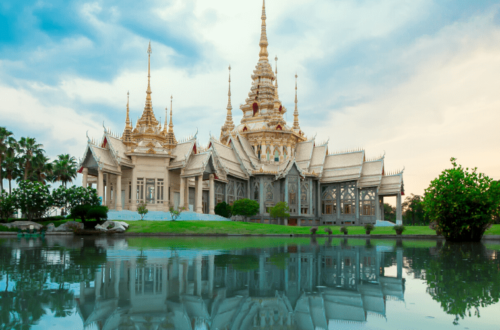 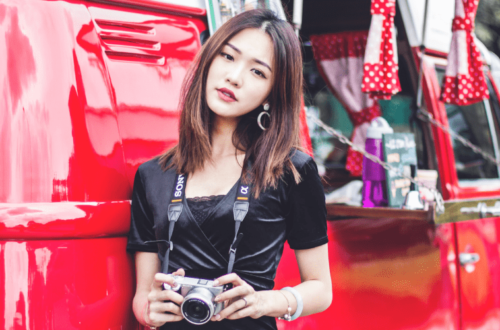 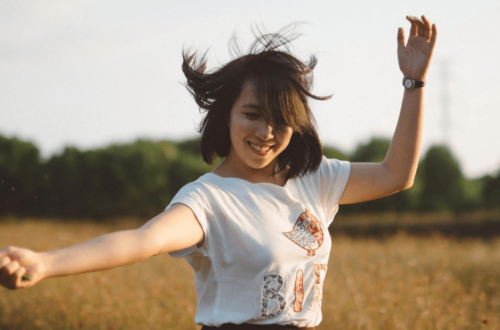 Your Guide to Thai Dating and Safety Tips