In this technological era, online dating sites and social media platforms allow individuals to build connections with other people at significant distances. Online dating has become a popular trend, especially in Thailand. It’s so much fun meeting with other people on your smartphones rather than walking up to someone you find attractive. But what if you meet someone who isn’t who they say they are? What if they’re running a catfishing scheme?

Aside from connecting with other people, online platforms such as online dating and social media have a few bumpy roads. In case you’re at all doubtful that somebody you’re conversing with online isn’t, truth be told, who they say they are, you could be a possible victim of catfishing. It’s essential to know what catfishing is and to be able to distinguish signs of a catfishing scheme so you can safeguard yourself against these online attackers.

Who is on the Other Side of the Screen?

When exploring and meeting people on online dating sites in Thailand, we can’t guarantee that the person you’re talking to is genuine or a catfish. Catfishing is the deed of making fake identities and sham profiles to draw people into online relationships. The predator who makes the false identity is referred to as the “catfish”, and this act is derogatory and deceitful. A catfishing scheme is considered pretty standard on online dating sites as well as social media platforms. However, there are many ways to combat it.

There are different types of catfishing schemes. Some of the most common ones are:

No matter the case, you certainly don’t want to find yourself a casualty of catfishing. On the off chance that you suspect you’ve found a catfish, you’ll need to cut contact as fast as possible.

Check it out to find the vital red flags that you need to dodge.

1. The communication is inconsistent

There’s nothing wrong with not being in inconsistent contact, especially at the beginning of a relationship. However, if the object of your fondness routinely vanishes for a couple of days or weeks at a time, then they likely could be a catfish. We get it—everybody gets occupied. However, if they’re presenting habitual ghosting habits, then they presumably have something fishy going on. Perhaps they’re now engaged with another relationship, or possibly they’re actually going to and fro with their ex. In any case, if you’re not standing out enough to be noticed, at that point, they may be catfishing you.

2. Their social media is bland and not too social

Having Facebook, Twitter, or Instagram these days doesn’t ensure the legitimacy of a person’s identity. Indeed, even most inactive Facebook users ordinarily still get tagged photos from their friends, have other people share amusing GIFs to their Facebook timeline, and get birthday messages. If their social media profile looks suspiciously meager, then it’s time for you to start asking questions.

The number of friends on their list can likewise be a significant indicator. Anything short of 100 friends merits more questioning. If you see similar people posting things repeatedly, it may be worth it to check their profiles well. It never hurts to do a quick online background check since everything is accessible on the internet these days!

It’s never been simpler through technology to have an up-close and personal conversation with somebody regardless of whether you’re miles away. If the individual you’re conversing with has a PC or a mobile phone, then certainly they’ll have a convenient way to do even just a quick video call. Not every person is technical, so you might want to give them a little room to breathe. However, if they’re point-clear declining to attempt a video call while at the same time posting a progression of selfies on Instagram, then you’re caught in the net with a catfish.

4. Storytelling is their forte

Everybody adores an excellent storyteller – nevertheless, there’s nothing better than winding up on a first date with somebody who can tell a decent story. However, when the tales begin to get more shocking and their reasons significantly more stunning, it’s an ideal opportunity to find out if they’re telling you the truth. Somebody who always has a handy story is a tell-tale indication of catfishing. Keep an eye out for those stories that don’t add up – it’s been their favorite cousin’s birthday multiple times this year, for instance – and stay wary.

5. They rush feelings and emotions

Perhaps the most alluring aspect of catfishing is that getting serious quickly with things is pretty common. Consistent chatting can make a misguided feeling of closeness that puts everything on rapid progress. Most stories you read about a catfishing scheme will uncover exactly how firm and quick individuals will make bait on their likely casualties.

Always be vigilant because the next thing you know, you’re already falling for that person even if they’re somebody you haven’t met yet.

If the person is already pushing the relationship to move forward at a fast speed within just the first few exchanges of messages, and even without meeting you yet, then you know the drill. Just drop that baggage and never look back!

There’s no shame in falling in love with someone, but if they’re only saying sweet words that you want to hear and still aren’t eager to meet you personally or virtually on a video call, then are those genuine feelings?

Regardless of whether they are attempting to acquire your love, pity, or your cash, catfishers are familiar with exploiting emotional heartstrings.

6. They are too good to be true

According to the familiar aphorism: if it appears to be too good to be true, it likely is. We’re all searching for our exceptional romantic partner. But if your new online fling is by all accounts the man or lady you had always wanted, and without any shortcomings at all, it’s best to be careful. Our romantic partner should not be genuinely perfect. They are also flawed, but those are some of the things you’ll love about them.

If you’ve fallen in love with somebody with model-like pictures, an important position, and a way of life to equal Kendall Jenner, you can be pretty sure that there’s a catch hiding somewhere.

The greatest relationships are about embracing each other’s imperfections and growing together. Somebody who never confesses to being not exactly wonderful may very well have something to cover up.

7. Catfishes will not only love you but your bank account too

Once in a while, everyone needs some assistance, but ordinarily, it ought to be from close family or companions that help is needed – somebody you have known for all your life. If somebody you’ve simply only talked to online or on the phone asks you for cash, police sirens should sound right away! It may seem like a little solicitation initially, like a credit to cover their telephone bill or purchase that train ticket so they can at long last come and see you. Still, in any case, when a catfish realizes that you are willing to dish out once, the amount will continue to rise.

Never send cash to somebody you’ve never met and, if they’re honest and trustworthy, they’ll understand.

8. They simply give you that impression

When exploring internet dating, consistently trust your gut. If you feel where it counts that there’s something off, odds are your intuition will be right. When you meet somebody on the web and feel the butterflies, it’s common to want to meet them face to face or, at any rate, share a video call.

If that somebody is constantly giving out red flags and signs that you shouldn’t confide in them, that’s a very strong indicator that you’re talking to a catfish. Cut your misfortunes and toss that catfish to the trash where it belongs.

On the Internet, There’s Always Time for Fishing

Because of easy access to the internet, everything we do online is already part of our lifestyle, including online dating. So when you’re out there, guard your heart at all costs and always keep in these warning signs of a catfishing scheme!

If you’re searching for genuine love and connection, sign up for TrulyThai and look for your potential romantic partner now! 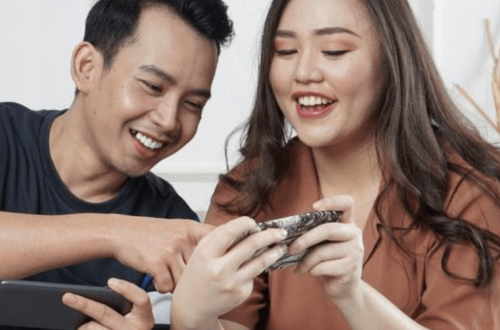 5 Ways to Increase Your Matches on TrulyThai 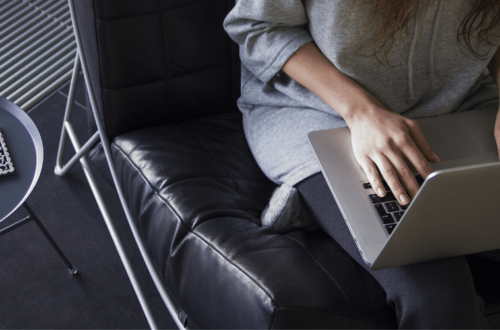 How to Make the Best Dating Profile 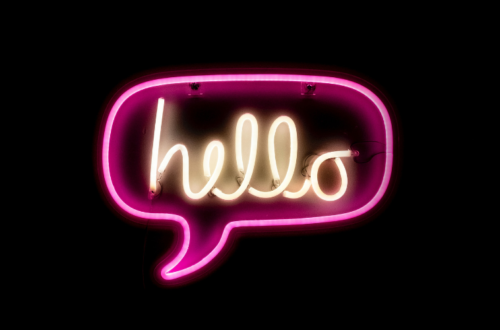 How to Introduce Yourself On Online Dating Sites