The prospect of dating Thai singles may seem daunting, especially if you’re unfamiliar with their culture and background. However, it’s not at all impossible. If you enjoy meeting new people and exploring cultures, you can take this opportunity to get to know more about Thais and their various traditions.

Don’t know where to start? Continue reading and take your first step into the world of Thailand. In doing so, you won’t only immerse yourself in a new culture but also earn better chances of impressing your date. And if you’re interested, our Truly Thai blog is jam-packed with helpful tips, interesting articles, and fun secrets about dating Thai singles.

Impressing a Thai single can be done in many ways, one of which includes learning their language. While learning their written language seems difficult, you can at least start by learning conversational Thai. You can also take this as a chance to bond with your partner by getting them to teach you. There’s no better way to learn a language than applying it in real life, after all. There are lots of ways to start, including free online resources that you can access on your phone.

One of the things you should learn in their language is how to speak to your elders and those who are higher in status above you. Unlike Western cultures, Thais don’t call their elders by their first name. Instead, it precedes the word “Khun,” a non-gender specific word that carries the same meaning as “Mister” or “Miss.”

2. Get close to their family

In Thai culture, family matters. They’re also close with their extended family, to the point where the concept of cousins doesn’t exist. Instead, they also refer to their cousins as brothers and sisters. If you’re dating Thai singles, you should always remember that they prioritize family above all, and suggesting that they change those priorities could mean conflict.

If you want to impress a Thai single, get close to their family too. There are a few things you should keep in mind so that you can get along smoothly. First, always respect the hierarchy in the family. A Thai family is traditionally patriarchal, so don’t do anything that might offend the family’s head. Also, be respectful to your elders. Avoid acting too familiar with them, as they might take it the wrong way.

In some cases, however, meeting your significant other’s family has a deeper connotation, at least for the more traditional Thais. It means that you have intentions to marry your partner. If you’re ready to take the next step in your relationship, then that’s no issue. Otherwise, you should talk it out with your partner so that you are on the same page. It is important to clarify as you don’t want to send them the wrong message and hurt their feelings.

3. Have a high status

Status is important for Thais, and they evaluate it in various ways. Some of these factors involve your age, profession, education, income levels, and connections. If you want to impress Thai singles, you might want to pay attention to how these qualities of yours are perceived. Fortunately, most of these factors aren’t static, so you can change it until they’re considered acceptable by your partner and their family.

Besides possessing a high status, you should also know how to act accordingly. You should learn to recognize and do a wai, the Thai’s traditional way of greeting someone. The proper way to do so is by raising your hands, with the palms joined as if in prayer, and lightly touching the body somewhere between the chest and forehead.

Don’t get overzealous in greeting with a wai, though, as it is usually done by a junior to their senior. If you’re the senior, they consider it polite to return a wai directed to you. In cases where you’re socially distant to the junior, you don’t need to reciprocate the greeting. Thais don’t expect foreigners to greet in that manner, so don’t feel too pressured. However, if you’re impressing a Thai single, make sure to practice your Wai so that it looks right.

When dating Thai singles, it’s important to present your best self appearance-wise. It’s one of the best ways to show that you have a high status, which will allow you to garner a favorable impression from any person who looks at you.

A person’s image is important in Thai culture. People judge you according to what you wear and how to carry yourself, so make sure to dress classy. While you don’t need to be in suits all the time, you can avoid dressing slovenly. Refrain from wearing stained clothes when going outside and always keep your appearance neat and tidy.

Hygiene is something you should pay particular attention to, especially if you’re not used to Thailand’s hot weather. While you can get away with not showering for 2 to 3 days in cold countries, don’t expect to be able to do the same in Thailand. If you don’t want to start smelling, you should take a bath at least once or twice a day. Your partner will appreciate it.

5. Be tactful when interacting with Thai singles

Directness is something that people frown upon in Thai culture. If you want to impress a Thai single, start polishing your communication skills. Besides trying to adhere to their hierarchy rules, you should also avoid speaking bluntly. While the latter is something that Western cultures appreciate, in Thai culture, it is considered disrespectful. Learn to think twice before talking about something.

If you’re correcting someone, do it in a way that won’t embarrass them. If it’s not a big issue, learn to let it go instead. Otherwise, try to talk about it privately to save face while making them more mindful of their actions in the future.

If you’re planning to refuse something, avoid stating your refusal directly. Doing so can offend the person or hurt their feelings. It is especially important to remember this during interactions with your elders or people whose status you don’t know. Try to be indirect when saying no, to stay polite. If it’s unavoidable to talk bluntly, make sure to preface it with a phrase that expresses the same idea as the phrase, “If you will allow me to be frank.”

Fortunately, speaking in a straightforward manner is acceptable for some people, provided that they are close to you. Before doing so, test the waters first. This way, you will have an inkling that it’s okay to speak your mind.

6. Learn to read between the lines

Indirect communication is prevalent in Thai culture, due to their tradition of saving face. If you want to impress Thai singles, you should be more thoughtful and conscious of what people say. Don’t take their words at face value. You should also consider the context and the situation.

While Thailand may be known as the Land of Smiles, it doesn’t mean that they will always agree with what you say. For them, nodding is merely a sign of acknowledgment, not agreement. Also, “maybe” does not always mean yes. On the rare occasion that they do end up saying “no,” you should respect their wishes.

If you’re having trouble understanding their signals, you might want to talk to your partner. They can help you learn more about their social cues and help you further understand how Thais communicate. It can get frustrating, but don’t be discouraged. Your efforts to improve yourself will be rewarded in due time.

Thais have a deep-rooted culture of conservatism, especially for the women. If you’re planning on impressing a Thai single, avoid being too assertive with your advances. Take it easy and let the relationship run its course. You should also avoid making overtly sexual comments, even if you’re speaking to your partner.

You should also dress conservatively, especially if you’re meeting your partner’s family. If you’re planning on earning their approval, the best way to do it is to give them a favorable impression.

Another note – if you’re energetic and tend to make big gestures, you might want to tone it down. Arm gestures aren’t common in Thai culture, which can lead to people misinterpreting you as being angry.

8. Learn more about their culture

Besides knowing about the major aspects of their culture, you should also try to learn about the minor ones. From proper dining etiquette to common household practices, there are a lot more things to consider.

While it can seem like a hassle to keep in mind, you should at least make an effort to do so if you want to impress your partner. They will certainly appreciate it, as Thais take pride in the culture they’ve slowly built up over the years. As long as you always try to be respectful and understanding while learning, they will appreciate it immensely.

Thai culture is a lot to take in, particularly if it’s your first time dating Thai singles. Keeping all of these tips in mind can feel overwhelming, especially if you’re not used to double-checking your actions. Sit down and talk about it with your partner to find a compromise between expressing yourself and respecting Thai culture. If you’re both invested in the relationship, you’ll be able to make it work. 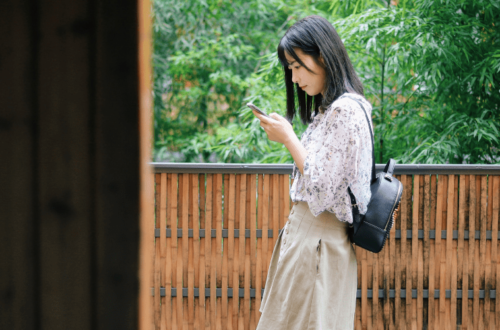 Where and How to Look for Thai Singles Online 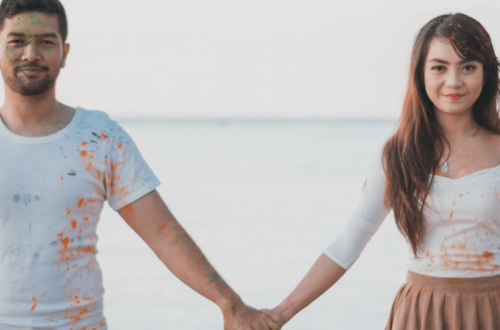 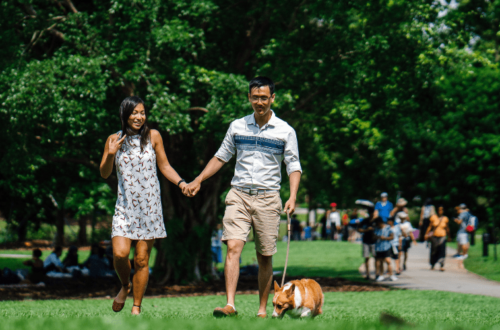