In a world where you can explore space and summon any information on a small device, the monarchy may appear old-fashioned. It may seem that the monarchical structure in place in Thailand does not reflect modern times, or the reigning monarch has not kept up with advancements. The Thai monarchy, fully conscious of the changing nature of existence, is continuously evolving to guarantee that it fits into the contemporary age and adapt to the needs of the population and society. The Thai royalty is unique in its capacity to adapt to change, which has allowed it to thrive to this day. It has always demonstrated extraordinary compassion, significance, and vibrancy, especially in today’s environment.

We assume you’re here because you want to learn more about Thailand’s culture and history. So, grab your pen and paper and scribble down some notes on the Thai royalty history we’ll be discussing in this post.

Following the unfortunate death and accompanying funeral of King Bhumibol Adulyadej, or Rama IX, in October 2016, Thailand’s monarchy attracted headlines around the world. Since he acceded to the throne in 1782, he has played a crucial role in developing his country, as have successive generations of his family. The royal family of Thailand has a long and glorious history, from establishing the kingdom to working for everyone’s prosperity. Here’s a look at Thai royalty history if you want to learn more.

Taksin became the monarch of conventional Thailand in 1782, and he reigned from Thonburi, which is located on the west side of the Chao Phraya River. After rioting in the city, during which Taksin was overthrown, Phra Phutthayotfa Chulalok, a military leader, came into power. He acquired control of Siam and transferred the capital to the eastern side of the Chao Phraya River, which would eventually become Bangkok. His rise to power created the Chakri Dynasty, which continues to rule Thailand presently. Siam became increasingly powerful during this young reign. They resisted Burmese attacks, and Burmese influence in Cambodia, Laos, and Vietnam expanded.

If Rama I was the one who established Siam’s kingdom, Rama II was the one who developed Siam’s culture. He also enlisted the help of Sunthorn Phu, Thailand’s most famous literary export, who eventually became recognized by UNESCO as a great poet. Rama II worked hard to develop Thai culture, including interpreting Buddhist prayers into Thai and introducing a variety of religious holidays. Following his death, his son Nangklao – later known as Rama III – ascended the throne. Thailand battled against Laos, Cambodia, and Vietnam under his leadership, extending its influence on the region. Rama III’s reign also saw the first treaty with Western colonial powers, and it was evident that the monarchy faced new challenges following their invasions of neighboring countries.

The Fight for Independence

Under the colossal wave of Western influence and power, the firmly conventional notion of monarchy did not last long.

King Mongkut, known as Rama IV, ascended the throne in 1851, succeeding his brother, who had died. Following his ascent, there was a turn toward Western principles, indicating the French and British’s expanding influence in the region. He gave up some of Thailand’s legal and fiscal autonomy. But in the process, his country was spared from invasion by the West. Despite the rising pressure, they negotiated more treaties with Britain. And while they may have been unjust, the crucial issue was that Thailand preserved its independence.

When Chulalongkorn (Rama V) arrived in power in 1868, he did everything he could to preserve Thailand’s freedom. His formation of a large military and withdrawal of control from local elites put him in a superior position than his predecessors, making Thailand appear more powerful to colonial powers looking for a swift land grab. Following the footsteps of his predecessor, he advanced Thailand’s modernization by ending slavery and prostitution. Despite relinquishing land to the French after the Franco-Siamese War of 1893 and the British treaty with the Anglo-Siamese in 1909, the Kingdom of Siam has maintained its independence. Thailand’s freedom was secured thanks to his diplomacy and leadership qualities. Many Thais are still grateful that their country was never colonized.

Thai Royalty During the World Wars

Thailand’s involvement in World War I (WWI) and World War II (WWII) was sporadic. In 1910, King Vajiravudh (Rama VI) ascended the throne and waged war on Germany and Austria-Hungary, instilling a fierce feeling of Thai nationalism in the process. Thailand sent men to Europe to fight, ensuring that Thailand had a seat at the negotiating table.

Prajadhipok, the seventh king of the Chakri dynasty, relinquished the throne for the first time. Throughout his reign, Thailand saw massive political instability. This culminated in a coup that saw the country transition from an absolute monarchy to a constitutional monarchy. Prajadhipok believed the shift toward democracy in 1932 was untimely. And in 1935, he resigned from a position that had become untenable.

Despite being in Switzerland, Ananda Mahidol, who was nine years old at that time, became Rama VIII in his absence. In his absence, Prime Minister Phibun and interim regent Pridi Banomyong held power. Japan controlled Thailand during WWII, and they sided with them, declaring war on the Allied countries. Thailand was not considered as an opponent in the aftermath of negotiations because of its Seri Thai (Free Thai) resistance effort against the Japanese.

Rama VIII came back to Thailand from Switzerland to rule after the war ended in 1945. But he barely lasted six months before he was found dead in his bed. His brother Bhumibol Adulyadej, known as Rama IX, became the Chakri dynasty’s ninth monarch, reigning for 70 years. Despite multiple coups, many Prime Ministers coming and going, and persistent turmoil in the south of the country during his reign, he was generally adored. His love for arts and music gave him a personal, empathetic touch as he worked tirelessly to enrich the lives of underprivileged people in rural areas. When he passed away, thousands of people flocked to his hospital and the streets of Bangkok to say their goodbyes. His son Rama X ascended the throne in May 2019 and has won the Thai people’s hearts.

How Thai Royalty Affects the Dating and Marriage Culture in Thailand

Thailand’s current culture is a mix of numerous local and Buddhist customs in many parts of Asia. According to traditional Siamese culture, the royal institutions and monarchy of the Chakri dynasty are highly valued. Societal norms in Thailand are more collectivist and religiously secular compared to other Southeast Asian cultures influenced by western colonization. The Thai royalty, however, does not affect the dating and marriage culture in Thailand.

Marriage and dating customs in Thailand differ across urban and rural regions, with Western dating beliefs and actions gaining popularity in Bangkok, Thailand’s sophisticated capital. People in rural communities may be more conservative. For instance, men need to get close with the woman’s complete family before he can have the chance to date and eventually marry her.

Parents may instill traditional marriage and dating ideals in their children, but individuals are essentially responsible for their own choices. Individuals have a great deal of flexibility when selecting wedding partners, yet family preferences may affect their decision. For newlyweds, the general concept is to start their own family as early as possible. However, living with the parents of the wife or husband is also frequent. For most Thais, family is the cornerstone of their social lives. The traditional family is the foundation of the household component in Thailand. However, it may also include individuals of the extended family, close neighbors, or friends. On the other hand, the younger generation is more progressive and may live with their partner before marriage.

The Chakri dynasty, which dates back to 1782, has influenced Thailand for the past 230 years. It has contributed to the country’s social and economic development and infrastructure, Buddhist temples, and educational institutions. The dynasty of men who strove for Thailand’s well-being and fought for its prominence on the global stage. People still admire their legacy today. The Thai royalty erected numerous renowned temples that are now some of the country’s most popular tourist destinations. The Royal Palace is a magnificent structure with an intriguing mix of styles that is impossible to forget. 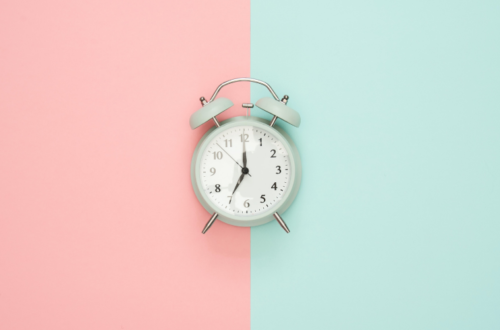 What Is “Thai Time”? Unraveling the Cultural Mystery 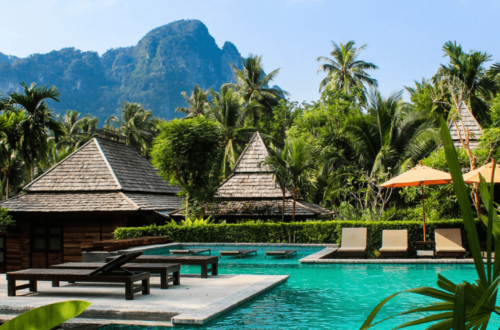 10 Things to Do In Thailand In the Post-Covid World 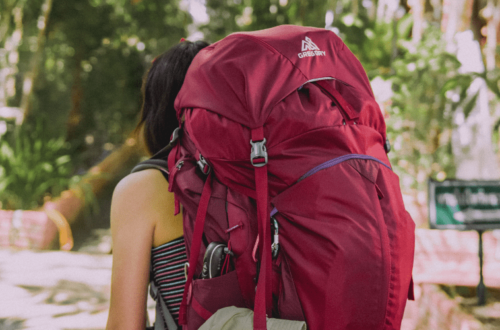 What to Pack for Thailand: 10 Things You Can’t Forget