Traveling to foreign lands is an experience like no other. There are always new sights to see and unique things to do. While the novel feeling doesn’t last forever, it can still come from other surprises. Some, for instance, find it through unexpected romantic encounters in the Chiang Mai dating scene.

If you’re interested in finding love overseas, then you might want to try doing so in Chiang Mai. Known as the “Northern Rose” for its quiet atmosphere, Chiang Mai is the perfect place for pursuing a peaceful romance. With their friendly and welcoming culture, dating the locals won’t be difficult to achieve.

Getting a date is one thing, but keeping the sparks of romance alive is another. Many things can influence a foreigner-local relationship. Here are some of the significant few.

Each person grows up in a different environment, under a different set of circumstances. Because of this, you and your partner might have opposing opinions regarding some issues in the relationship.

It can be as simple as one’s preferences (like liking pineapples on pizza), but it can also affect life decisions involving you and your partner. Are they looking to settle down? Do they want to have children? Those are some of the questions you should gradually seek the answers to as you begin to further your relationship.

However, that doesn’t mean that you have to dive into the Chiang Mai dating scene unprepared. Learning more about a person’s traditions and culture can give you more insight into their way of thinking.

For most individuals, their family members are the ones closest to their heart. This idea is especially true for members of a tight-knit family. Since the home is where you live most of your life, it’s no surprise that your household’s traditions greatly influence the way you think.

Thais, for example, live in a patriarchal home. They defer to the older members of the house. This tradition is why they tend to give authority and respect to men and the elderly. If your partner’s home is one that doesn’t welcome foreign relationships, then you should be prepared for a rocky relationship.

Fortunately, it doesn’t mean that a Chiang Mai relationship is impossible. It’s easy to win your Thai partner’s (and their family’s) approval as long as you know and understand their culture.

One’s culture is another significant influence on one’s relationships. It dictates the norm in society. Thai culture has more conservative and traditional values than Western cultures, so you and your partner are likely to have opposing views on some things.

If you want the relationship to last, it would be best to make an effort to understand your partner’s culture, especially in how it will affect everyday life. We can help you out in that regard by giving you an idea of what Thai culture is like. Hopefully, it can help you navigate the Chiang Mai dating scene with more confidence and success.

What You Need to Know About Dating In Chiang Mai

The Chiang Mai dating scene is filled with a diverse set of people thanks to its excellent reputation among tourists and expats. It can get quite confusing at times, especially if you’re new to dating. These are the things you need to know if you want to increase your chances of finding love in this city.

As a foreigner or expat looking to date in Chiang Mai, you might prefer online dating because of its ease of use. However, most locals prefer to date traditionally. There’s a lot to explore in Chiang Mai, after all, which makes it one of the best places to take your date to.

You’ll still be able to meet a few singles online, sure, but if you want to connect with more people, then the old fashioned way is the best way to do so. In the case of online matches, it would be best to try meeting offline as soon as possible too.

Relationships in Chiang Mai aren’t that easy to define. The mix of cultures in the area can sometimes make it hard to find out what someone wants in a relationship. Some prefer to keep things casual, while others are already looking to settle down.

That’s why if you’re interested in your partner, you should take the time to talk about where the relationship is going. In doing so, you’ll be able to avoid hurting each other’s feelings and meet each other’s expectations.

Chiang Mai is the perfect place for expats, nomads, and everyone in between. That’s part of the reason why the Chiang Mai dating scene can get confusing at times. Most of the city’s foreigners don’t stay there for too long. You can expect them to be there for three months at the latest.

That doesn’t mean that they won’t make the most of their trip, though. Relationships with nomadic singles tend to progress fast. If you can keep up, then the fast pace shouldn’t be an issue. As long as you set your boundaries and communicate your feelings, you won’t need to worry about being uncomfortable.

Hookups Here and There

The faster pace of relationships in the Chiang Mai dating scene also means that physical intimacy might happen sooner than you think. The city’s culture is open when it comes to experimenting in relationships, so you won’t need to worry about running out of physical partners any time soon.

Hookups have a reputation for being shallow and limited to physical relations. Fortunately, that isn’t the case for Chiang Mai hookups. You can expect quality company and conversations from anyone you go out with.

Chiang Mai is a place with many attractions to see and many activities to try. Whether you enjoy sightseeing or shopping, this city will have something in store. You won’t need to worry about your first or subsequent dates becoming boring.

There’s no need to make all of your dates too extravagant, though. The Chiang Mai dating scene focuses on getting to know each other. As long as you’re in a place where you can peacefully converse, then the location won’t matter.

With the diverse dating scene Chiang Mai has, the best thing you can do to adjust is to welcome new experiences with an open mind. That can be easier said than done for others. However, as long as you’re eager to try something new, you won’t need to worry about having your dates fail.

Given time, you’ll be able to find someone that you’ll enjoy spending time with. That doesn’t mean that you’re in the clear, though. Here are some possible cultural differences that you might experience while you’re in the Chiang Mai dating scene.

As you travel, you might have come to expect that the people you meet can speak English. It’s one of the most spoken languages in the world, after all. Unfortunately, Thais aren’t that proficient in speaking English. They’ll know a few essential words, but a full conversation with them might not be possible—especially if you don’t know how to speak Thai.

If you want your relationships in the Chiang Mai dating scene to last, then being able to communicate with your partner is a must. The best way to do so is to try to learn each other’s language, at least until you’ve reached the language’s conversational level. You’ll find that solving relationship problems is easier if you can talk things out.

2. Being Affectionate, Or Not

If you grew up in a Western environment, you might be comfortable expressing your affection in public. However, it would help if you didn’t assume that your partner in the Chiang Mai dating scene will feel the same.

Most Thais grow up in a traditional and conservative culture, especially for women. While the singles in Chiang Mai are more outgoing than most Thais, one can’t deny that they’re still hesitant when it comes to PDA.

When you’re outside with your partner, keep the public displays of affection to a minimum. Make sure to talk about what you and your partner can do in public, or save the intimacy for the bedroom.

When it comes to Thai relationships, you should be careful of your partner treating you as a gik. A gik is someone who has a casual relationship with you. This shouldn’t be an issue for people who are dating for fun. But if you’re looking for something more, then you should learn to recognize if you’re a gik for your partner.

Giks are usually kept a secret from one’s friends and family. If your dates seem to be a tad too private for your taste, then that might be a red flag. It would help if you also looked out for the absence of pictures or the avoidance of getting any taken. Your partner might not want to have any evidence that they’re going out with their gik.

If you ever find out that your partner only sees you as a gik, try not to take it too personally. Thai culture is open when it comes to their relationships, so they might not realize that monogamy is a must for foreigners. Stay patient. As long as you’re honest with what you’re looking for and you’re open to new experiences, finding The One in Chiang Mai won’t be a far off dream.

If you’ve traveled to Bangkok and Pattaya, you might be surprised to find that Chiang Mai isn’t as lively as its neighboring cities. However, the incredible scenery and peaceful ambiance will undoubtedly feel like a welcome break from the city’s hustle and bustle. If you choose to stay here for a while, then your experience, romantic or not, will be one to remember. 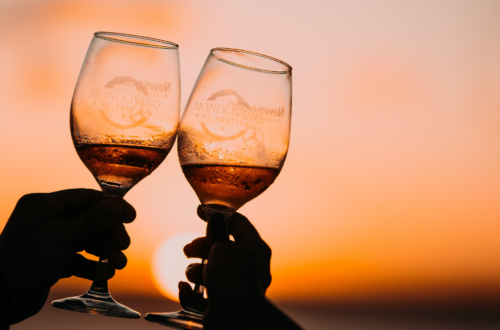 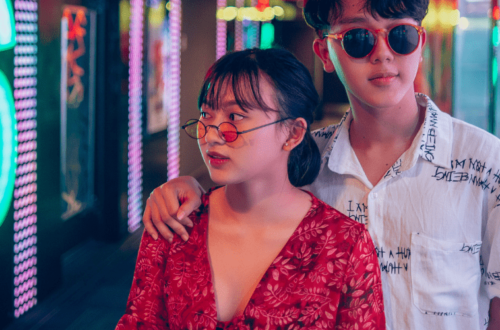 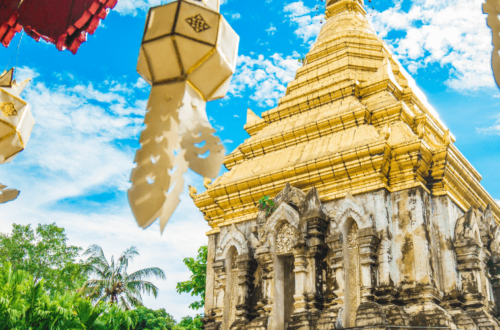 10 Things To Do In Chiang Mai On A Date