Are you a fan of Thai movies, or are you just planning for your next movie night? Either way, romantic Thai movies are always an excellent option to enjoy quality time with your significant other. Plus, if you want to ease off from western movies and try something new, Thai movies should be on top of your list.

Thai media is globally known for its drama series and emotional TV advertisements. Most people don’t know that Thailand also has the best romantic movies that can make you burst into tears.

Put your feet up and choose from this set of Thai romantic movies that are best to watch with your partner:

A Thing Called Love focuses on teenage and high school love. The main character is an ordinary 14-year-old schoolgirl named “Nam” who gets bullied because of her looks. She finds herself falling for a boy who she feels is out of her league. Chon is a popular tenth-grader who is a batch older than Nam.

Nam’s best friends help her to win the heart of Chon using a guidebook that supposedly has the recipes of love. They follow the guide, which includes funny spells and some skits. In the course of the summer break, Nam tried to improve her looks and tried so hard to get Chon’s attention.

A romantic comedy film tells the story of Mei Li, a thirty-year-old woman feeling hopeless about her love life. She is the last of her group of friends to marry, making her feel desperate to find her match. Later on, Mei li meets her love interest, Loong, an engineer working on the BTS Skytrain System.

This iconic film revolves around the BTS Skytrain system. The Skytrain has a special feature in the movie since it celebrated its tenth anniversary the same year the film was released.

It portrays the story of two teachers, a male, and a female. Both are assigned to educate a school in a rural area, but not at the same time. The female teacher is assigned first just a year before the male teacher, but she is transferred to another school and unintentionally leaves her diary behind. The male teacher then comes in as a substitute for her, finds her diary, and falls in love with her writing.

Love of Siam centers on friendship and romance that puts a spin on an LGBTQ+ movie genre. It shows a story of two-highschool boys who were friends when they were kids. Then one of them moved to another city, and soon later, the universe found a way to let them meet again.

The film was huge and left a mark on everyone who watched it. And most of all, it was iconic since it was the first LGBTQ+ movie that was openly released in Thailand.

Timeline chronicles the life of a teenager named Tan from Chiang Mai. He lives with his widowed mother and dreams of exploring the outside world and studying in Bangkok. When he finally gets to do what he wants, he meets a girl named June who changes his life.

This movie has quite a lot of sentimental moments that will leave you soaked in tears. You and your partner will indeed have a great time watching all the twists and turns of this film.

Best of Times tells the story of Keng, a young veterinarian accused of driving under the influence. As a return, he teaches the elderly how to use computers as his community service. There, he meets two lovely seniors, where he learns more about romance and true love.

This ultimately leads him to his school crush, Fai, who becomes his love interest in the film.

This film revolves around the life of Pom, a young high school student. He secretly attends a music school to be close to a girl named Dao, with whom he has been in love for three years.

The film’s setting is in the College of Music, Mahidol University. The film spans over one year and beautifully features the three seasons that Bangkok’s city has: summer, winter, and monsoon.

Yes or No orbits around the life of a girl named Pie. She is a college student who never truly likes lesbians and tomboys. However, she finds herself stuck with her roommate, Kim.

Kim is a tomboy and loves to wear men’s shirts and baggy bottoms. Overall, Kim’s wardrobe is composed of boy’s clothes. Pie and Kim develop a friendship that they never expected to be deep. This makes them question if they are in love with each other.

This Thai romantic comedy movie is set in South Korea. It is a story about two people who meet in Seoul and decide to explore the country. But, little did they know they will fall in love with each other in the long run.

The movie My Girl AKA Fan Chan is a story of the love and friendship of a boy and a girl from a small town in Thailand.

Fast forward to the present, Jeab, the young boy who is working in the Capital city of Thailand, gets the news that his best friend Noi-Naa is getting married. Heading home, Jeab recalls all the memories that all happened in their hometown that are shown in interjected scenes.

1. They can tell you more about Thailand

Movies give transparency to the place you’re planning to visit. Just by watching a movie that originated from Thailand, you can get a glimpse of their way of living. You can learn about the usual form of transportation and know more about their religion and beliefs. You can also hear and get familiar with how they talk in their local dialect and what their accent sounds like when speaking the universal language.

More than that, you can get an idea of how the country would feel. You’ll get a hint of the tropical weather while just watching movies. Or you can also know how to treat the locals the right way. And even learn the basic Thai greetings.

2. They can inspire future travel plans

Just by the comfort of your screens, you get an entire idea of what your travel in Thailand will look like. It can inspire you to visit iconic spots that are featured in Thai movies.

Want to know more about Thailand beyond what you can see in Thai movies? Head to TrulyThai so you can learn more about their culture, dating customs, trends, etc. Plus, it specializes in love and dating, so you can learn a ton of things that can help you improve your relationship with your Thai Partner. Visit now! 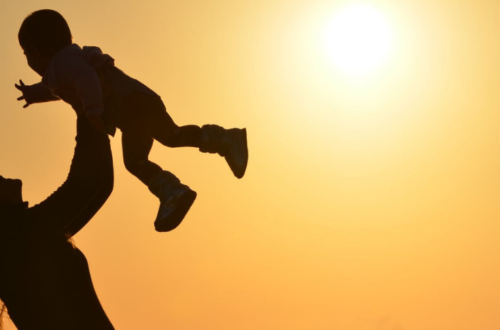 Dating a Single Mom in Thailand: Pros and Cons 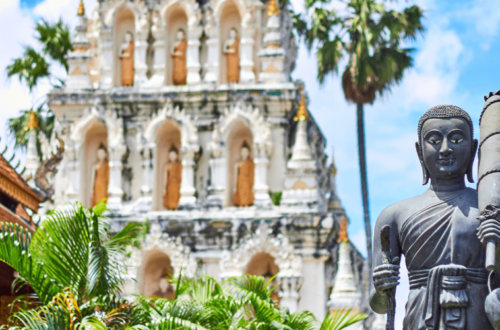 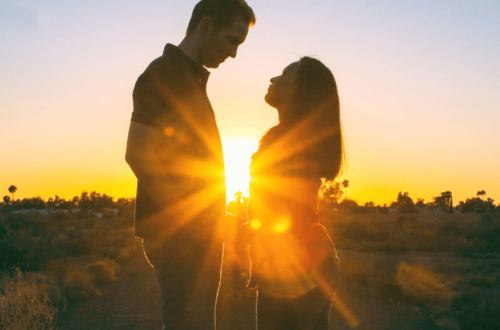 6 Reasons Why You Should Date Thai Singles